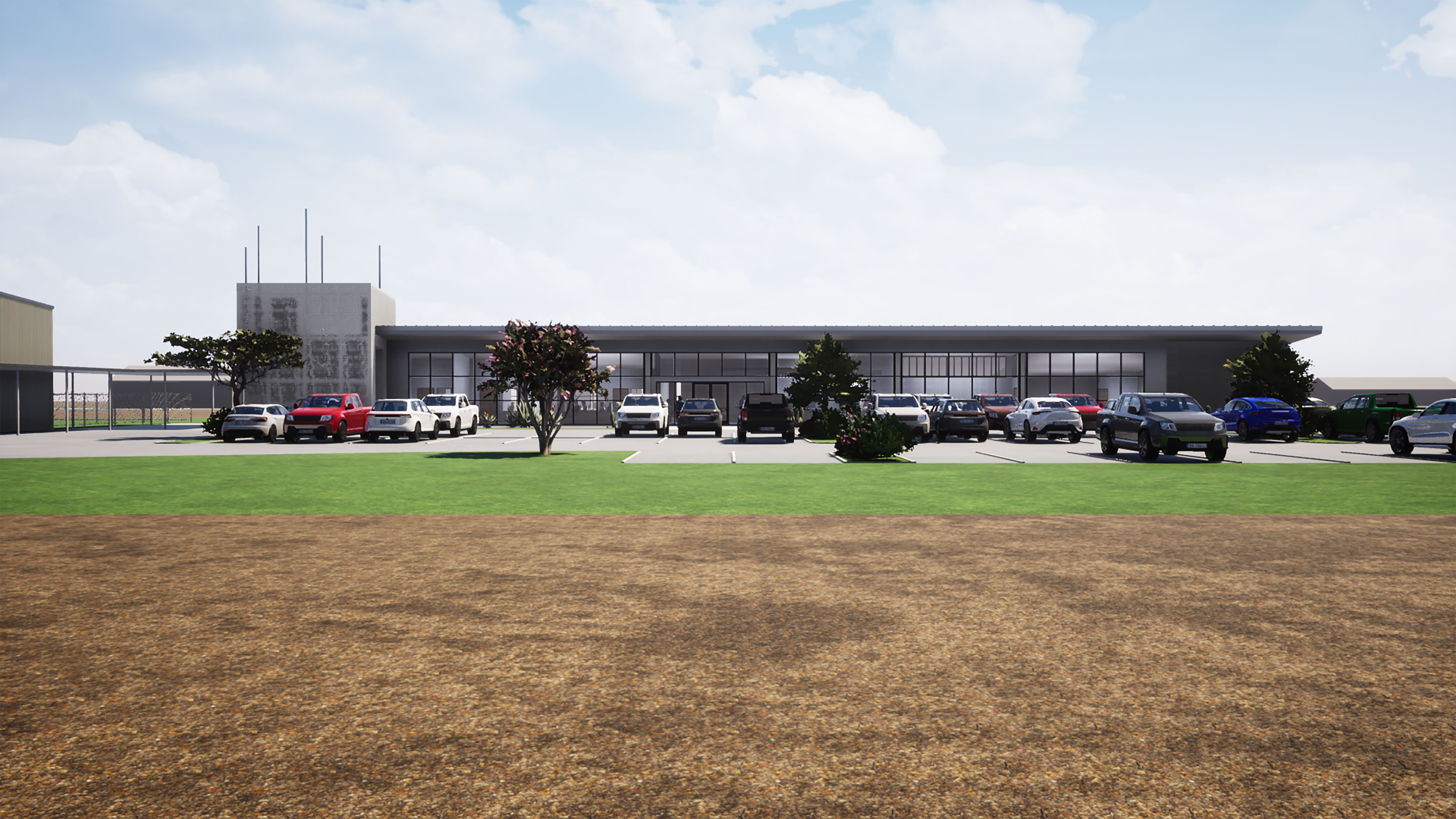 HALO Flight is a non-profit emergency air ambulance service serving the South Texas region.  Utilizing their Bell 429 and their three Bell 407 helicopters, HALO Flight provides emergency assistance to all persons regardless of their ability to pay.  The organization currently operates out of a maintenance hangar building which is grossly inadequate for their current and planned dispatch, administrative, support, and training needs.

The HALO Flight Administration Building concept is sited adjacent to / off of the southwest corner of the existing maintenance hangar, which along with the landscape elements begins to impart an informal open quadrangle organization to the overall site.  The new building is organized linearly with its entry point at center, dividing the building between daily use (administration, dispatch, and communication functions) to the east and ancillary and occasional use (training and Board meeting) functions to the west.  This organization allows for excellent exposure to north daylighting along the long front face of the building, controlled exposure to south daylighting along the back face of the building, controlled access to the buildings multiple functions, and shared utility and common spaces at the core of the building.

The concept for the new HALO Flight Administration Building draws inspiration from early and mid-twentieth century flight inspired buildings such as the prolific World War II era hangar designs by Albert Kahn and the terminal designs of Eero Saarinen, the roughly parallelogram shape of the Bell 429 and 407 helicopter’s fuselage, and the surrounding vernacular and agrarian material context of the rural site including Quonset forms and the historic linear cotton gins native to the area.  These inspirations merged with the building program and site constraints  yield a long horizontal building form, broken deliberately at the east end by a singular vertical component.

Providing counterpoint to the horizontality of the main building form is the communications tower.  Constructed of perforated metal panel skinned over a skeletal steel frame surrounding a steel access stair, this feature of the building design allows utilitarian ease of configuration, maintenance, and access to communications equipment and elevated and screened operations-critical HVAC equipment required to get rescue operations up and running quickly after a storm event.  The remainder of the facility’s utilities such as HVAC equipment for the large-load training and Board rooms and the backup generator are located at the opposite / west end of the building under the main roof in the building-integrated louvered enclosure.  This location minimizes mechanical duct runs and allows the dominant breeze to carry the noise and exhaust associated with the generator away from the building and away from the center of the site.

At the southwest corner of the building, the semi-Quonset inspired form extends to its full cross section at the large training room, allowing a wider floor plate in this area, and is carved away toward the east end of the building allowing an overhang for south facing window solar control and generating large scale shadow relief reminiscent of an open hangar door at the adjacent existing maintenance building. 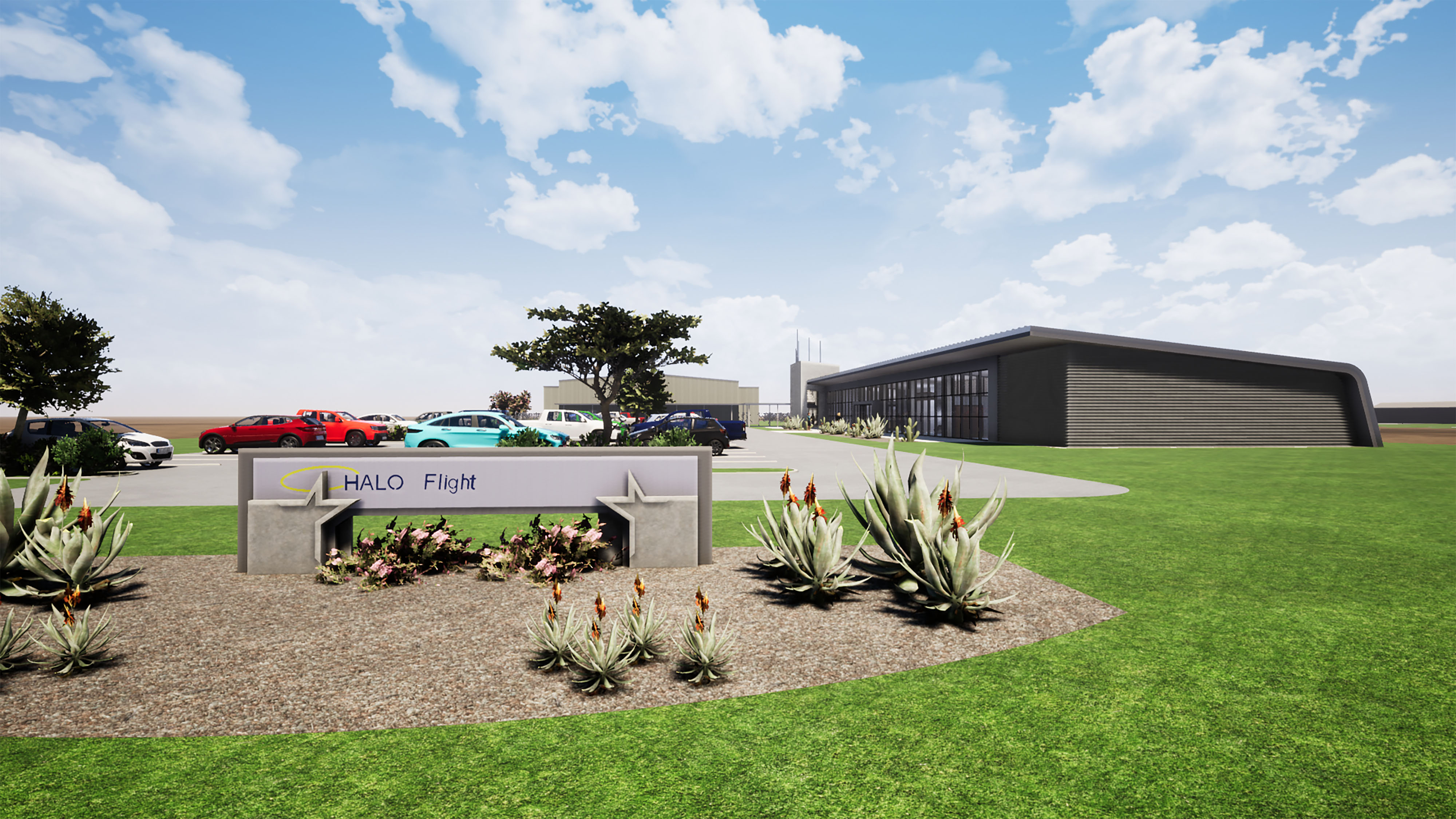 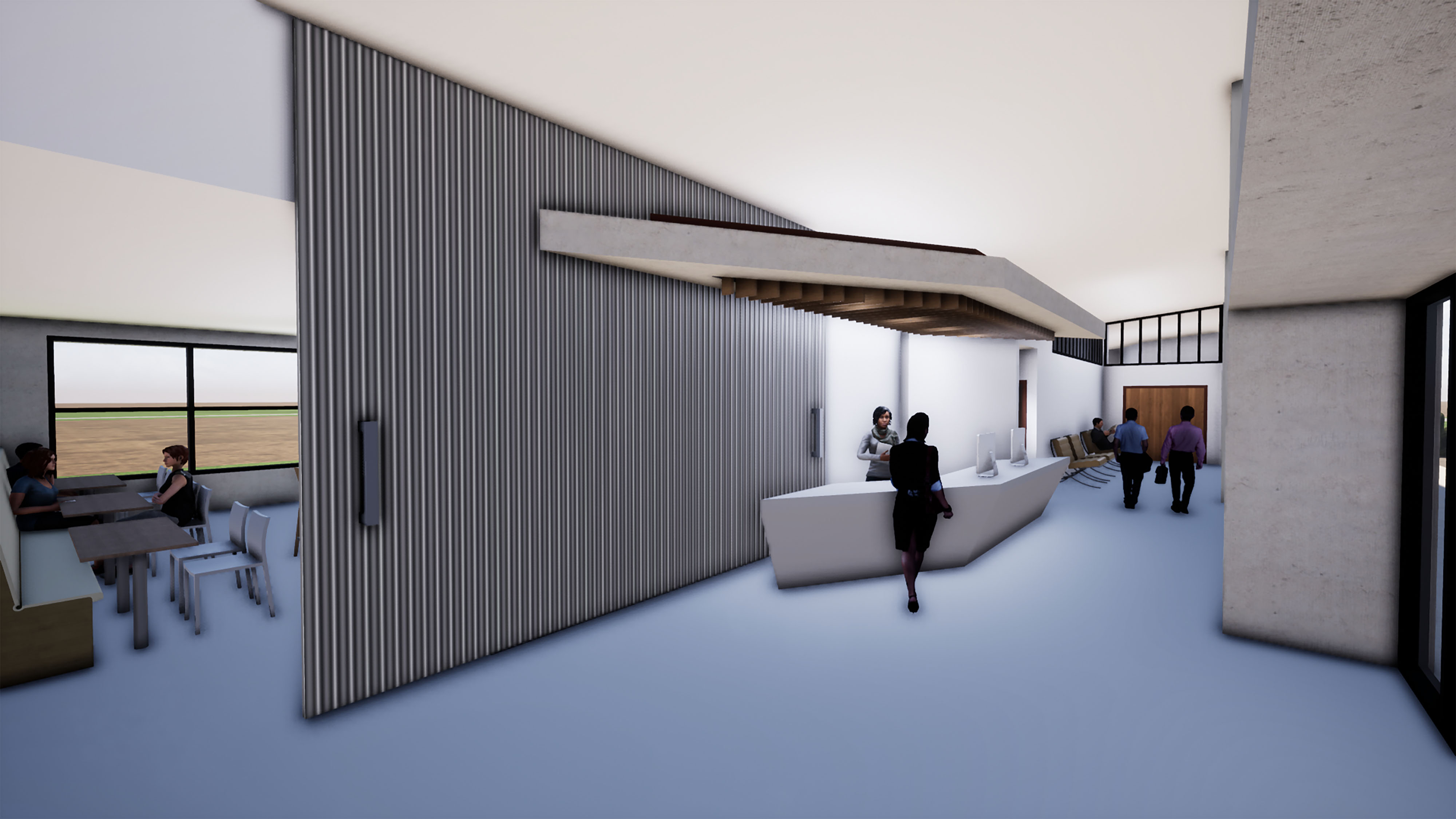 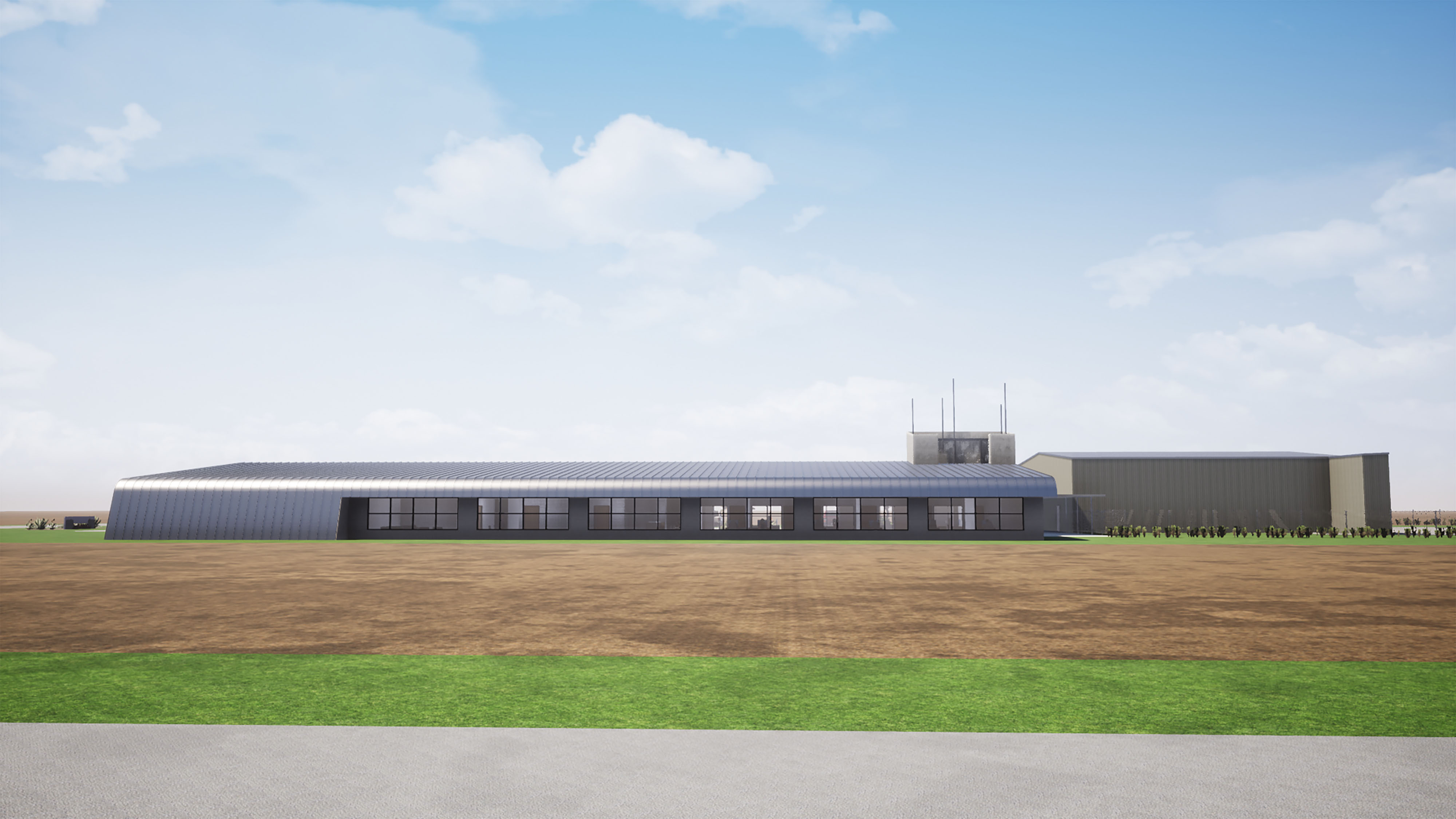